APPLETON, Wis. – April 1, 2019 — U.S. Gain, a division of U.S. Venture, Inc., is pleased to announce a new renewable natural gas (RNG) development project located in Springfield, Nebraska. This project is producing much-needed clean fuel for the transportation industry as well as RNG supply for Southern California Gas Company’s (SoCalGas) natural gas fueling station network. Both projects will be impactful in the development and supply of RNG across the country.

As a vertically-integrated RNG provider, U.S. Gain is diligently working with producers and developers on a multitude of landfill, agricultural, and wastewater treatment RNG development projects—converting their waste to financially-rewarding, clean fuel. One of the most recent projects that U.S. Gain was involved in is the Sarpy County Landfill located in Springfield, Nebraska. This landfill will produce enough RNG to fuel 117 class eight trucks daily—the equivalent of displacing more than 2.3 million gallons of diesel.

“We’re honored to have worked with a team of experienced professionals on the development of the Sarpy County Landfill,” said U.S. Gain President Mike Koel. “These projects often take longer to develop than expected, but are completely worth all the effort when the final certification approval is received. The transportation industry needs clean fuel, and we’re committed to meeting the growing demand for RNG. We currently have 20 RNG development projects in process.”

RNG is methane captured from landfill, wastewater treatment plants, and agricultural waste that is cleaned and conditioned to meet natural gas pipeline quality standards. Once the gas is certified for use, it can be dispensed through natural gas fueling stations as a drop-in fuel with no changes to fueling equipment or vehicles.

RNG, when used as an alternative fuel, is known to many as the fastest, cleanest pathway to necessary transportation-related emission reductions. It further features proven vehicle technology across vehicle classes and an established fueling station network. With more than 70 million tons of organic waste produced in the United States each year, much of which is not being converted to fuel or energy, there are significant opportunities for RNG development still available.

California is vocal about its plans to address the state’s air quality problem. With looming deadlines, key stakeholders across industry sectors have been collaborating to create feasible options that will reduce their environmental footprint and remain compliant with goals put forth by California lawmakers.

SoCalGas made national headlines recently by pledging to be the cleanest natural gas utility in North America. They plan to deploy a variety of tactics to achieve their vision, one of which is to replace compressed natural gas (CNG) with RNG across their fueling station network. RNG offered at these stations is expected to reduce greenhouse gas (GHG) emissions by more than 21,000 metric tons annually—the equivalent of taking 4,500 passenger cars off the road.

“SoCalGas is excited to offer RNG at many of our natural gas vehicle fueling stations from U.S. Gain,” said Jawaad Malik, vice president of Gas Acquisitions. “RNG is an important tool in helping reduce greenhouse gas emissions; that is why SoCalGas has committed to having 20% RNG in our system by 2030.”

“The best feature of renewable natural gas is the ability to provide up to 125% well-to-wheel emission savings when used in transportation,” said Nudelbacher. “We look forward to supplying the cleanest fuel option to more fleets and stations in California as well as the rest of North America.” 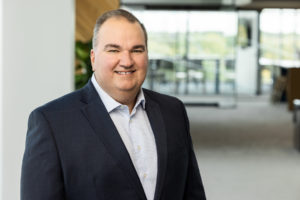