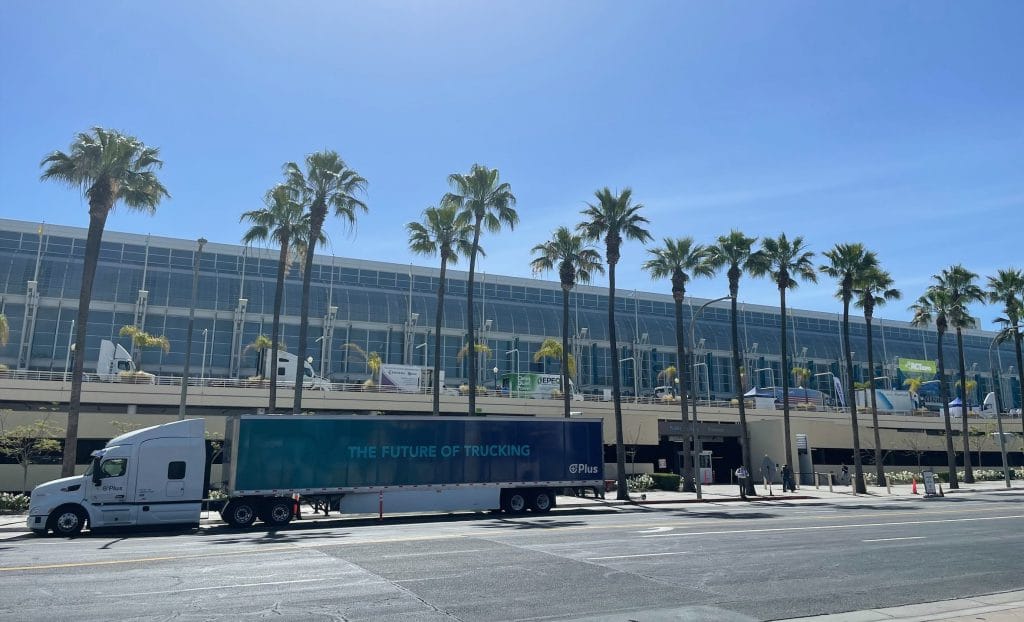 Motivated by corporate sustainability commitments and government regulations pushing the transportation industry to adopt alternative fuel vehicles, more than 8,500 industry professionals gathered at the 2022 Advanced Clean Transportation (ACT) Expo. Why? To learn about the latest trends, developments, and technical improvements within clean commercial transportation. Truck and engine manufacturers debuted, displayed, and demonstrated new models and technologies in their ongoing quest to keep up with the growing demand for sustainable alternatives to diesel-powered vehicles.

Nearly 85% of U.S.-based fleets who currently use clean fuel vehicles plan to invest and grow their use over the next five years, according to the State of Sustainable Fleets report, released at ACT Expo 2022. This includes fleets that have adopted renewable natural gas and renewable diesel to battery-electric and hydrogen fuel-cell. Let’s dive into the technological advancements shared and government regulations discussed at ACT, and how they impact fleets looking to develop an alternative fuel strategy.

While vehicle electrification dominates most headlines and was the primary focus at prior ACT Expos, compressed natural gas (CNG) returned to the main stage—in the form of renewable natural gas (RNG). As the most cost-competitive and fastest solution for fleets looking to reduce their carbon footprint, RNG demand only continues to grow. It accounted for 64% of natural gas fuel used in on-road transportation nationwide in 2021, and 98% of total natural gas vehicle fuel consumption in California.

A clear message from ACT panelists was that the lack of a nationwide fueling network, high vehicle costs, and  limited driving range remain key barriers preventing widespread electrification. As a result, CNG users like UPS made their pitch for why they continue to double-down on their commitment to CNG. With an established nationwide network of over 1,600 natural gas fueling locations, CNG is positioned as the most available alternative fuel—providing confidence to fleets looking to convert. CNG also offers a cost advantage and greater price stability than diesel which helps offset the higher vehicle price.

Diesel prices had been soaring for months when the ACT Expo 2022 commenced on May 9. The average, national retail diesel fuel price had hit $5.50 per gallon while the national retail average for CNG was about $2.70 per gallon. CNG provides long-term fuel savings through price stability as only 25% of the pump price comes from the commodity itself (compared to 75% for diesel)—subjecting diesel prices to react more drastically in a volatile market.

While the updates on fuel costs and infrastructure resonated with CNG advocates, perhaps the largest announcement of the four-day event came from the engine manufacturing giant, Cummins, who unveiled its new 15-liter natural gas engine. Their near-zero emission X15N natural gas engine (expected to become commercially available in early 2024) will allow CNG operators to drive at least 750 miles between refueling. This is a major step forward for the alternative fuel industry and further establishes CNG as a long-term solution for decarbonization.

The race to electrify heavy-duty trucking heated up as truck manufacturers showcased new battery-electric vehicle (BEV) models and fleets announced new orders at ACT Expo 2022.  After more than one million miles tested, Daimler North America unveiled its production-ready battery-electric Freightliner eCascadia with customer deliveries beginning later this year. The eCascadia has a typical range of 230 driving miles and can recharge up to 80% within 90 minutes. Prior to ACT, Daimler had 700 eCascadia orders on backlog. Following the rollout at ACT, Sysco Corporation announced its commitment to purchase and deploy nearly 800 eCascadia trucks by 2026.

Daimler wasn’t the only BEV manufacturer getting attention. Volvo Trucks North America announced an order from NFI Industries for 60 of its VNR 275-mile range battery-electric trucks as well as Quality Custom Distribution’s order for 30 VNRs. Both orders are expected to be fulfilled throughout 2022 and 2023. A notable absence at ACT was Tesla who missed their target of launching a battery electric semi with a range of 500 miles by 2019. Tesla has since remained quiet on when they plan to release their semi, but recent reports suggested they may begin production by 2023.

While the announcements from Daimler and Volvo signal a continued demand for heavy-duty BEVs, the short driving range, high cost, and limited charging infrastructure for commercial vehicles dominated every conversation on why widespread adoption has yet to occur. To ease these concerns, Navistar President and CEO, Mathias Carlbaum, took the mainstage to detail the company’s plans to deploy more BEVs with a range of over 500 miles per charge with 1 megawatt-hour battery packs by 2025. Carlbaum had the most optimistic outlook on commercial BEVs at ACT Expo 2022, arguing that rapid deployment will make vehicles cost competitive with diesel in the near term. Navistar expects that 50% of its sales will be electric by 2030, and 100% by 2040.

On the charging infrastructure side, WattEV and the Port of Long Beach announced plans to build a charging plaza for heavy-duty electric trucks within the port complex as part of their goal to reach a zero-emissions fleet by 2030. This plaza is expected to be constructed by the end of 2023 and will serve WattEV’s 50 Volvo VNR battery electric trucks and other electric fleets across 26 charging bays with up to 360 kilowatts of power. Currently, there are ~20,000 trucks registered to operate outside the ports of Long Beach and Los Angeles. While the demand for heavy-duty BEVs exists, rollout will be limited to short-haul, return-to-base applications until further technological advancements are made.

Hydrogen fuel cell vehicles (FCEVs), a long-believed solution for zero-emission heavy-duty trucking, didn’t receive the same level of attention as RNG or BEVs at ACT Expo 2022—rather a steady mix of frustration and optimism. Frustrations stemmed from the notion that hydrogen is still a future decarbonization solution—not one that can be easily implemented today due to high vehicle and fuel costs, paired with lagging fueling infrastructure. As of 2021, there were no public, commercial hydrogen fueling locations outside of California.

While ongoing supply chain challenges have delayed bringing hydrogen vehicles to market, there was a consensus among ACT Expo 2022 attendees that hydrogen refueling will be required to help decarbonize heavy-duty trucking. This was made evident through announcements of new partnerships and investments. Cummins and Daimler Truck North America announced a new collaborative effort to upfit Freightliner Cascadia trucks with a fourth-generation Cummins hydrogen fuel cell powertrain. The two industry leaders have started testing the new technology with the goal of delivering initial units to customers in 2024.

Hyundai also released plans to begin testing XCIENT hydrogen fuel cell trucks at the Port of Oakland while Nikola consistently had long lines of attendees waiting for a test run in its TRE Fuel Cell truck at the ACT Expo 2022 ‘Ride and Drive’—a model planned to become commercially available in 2023. These announcements and technology advancements show that truck manufacturers and fleets are still pursuing hydrogen as key means to decarbonize heavy-duty trucking, but this transition is taking longer than anticipated.

A primary driver behind the record-setting attendance and major announcements at ACT is due to increased government funding and legislative action—accelerating the adoption of alternative fuel vehicles. California continues to lead in government funding and regulations, but other states are beginning to follow suit.

Oregon, Washington, New Jersey, New York, and Massachusetts have recently joined California in adopting the Advanced Clean Truck Rule which requires truck manufacturers to sell increasing numbers of battery-electric and/or hydrogen fuel cell trucks beginning in 2025. Multiple truck manufacturers at ACT Expo 2022 argued that for them to meet this requirement, fleets will need to actually buy the vehicles. However, fleets are hesitant to purchase these vehicles because of their high costs and limited fueling or charging infrastructure. To ease concerns, a substantial increase in public funding at both the state and federal levels is expected to help reduce the cost of entry and facilitate the build-out additional stations.

The 2022 State of Sustainable Fleets report found that government incentives for alternative fuel vehicles and their accommodating infrastructure will increase to nearly $20 billion annually across 230 programs over the next few years—up from the current $3 billion available annually. The combination of additional government funding and regulations is a trend that the market predicts will continue until fleets see a clear cost parity to diesel and have confidence in knowing when and where they will refuel next.

The message from this year’s ACT Expo 2022 was clear. There is not a one-size-fits-all option to decarbonize commercial transportation and industry leaders have differing options on how to get there. But, one thing all agreed on, is that we are already behind and cannot afford to wait any longer. It will take a unified group effort, and together we must take the necessary actions to cut emissions today to provide a healthier planet for tomorrow. To get started or strengthen your team’s alternative fuel roadmap, reach out!