Appleton, Wis. – November 28, 2017 – U.S. Gain, a division of U.S. Venture, Inc., has announced the promotion of Bryan Nudelbacher and Hardy Sawall as directors of business development within the renewable natural gas (RNG) sector of the business.

“Moving Bryan and Hardy into these roles is indicative of our growth within the RNG space and the industry’s increased focus on sustainability,” said U.S. Gain President Mike Koel. “They are highly invested in meeting with the proper agencies to discuss changes in the RFS program as it relates to D3 RINs. We’re excited to have them executing our business strategy as well as supporting them in the next step of their careers.”

Nudelbacher has worked for U.S. Gain since 2011 and was a part of the team that started U.S. Gain. Previously, he worked as a business development manager, leading significant growth in U.S. Gain’s CNG business throughout the Midwest. Additionally, he implemented the company’s natural gas pricing and supply strategy for its nationwide network of CNG stations. He successfully negotiated contracts with fleets and shippers, resulting in over $25 million in margin and 50 million gallons under contract. He also implemented the company’s first-ever virtual pipeline project to transport CNG via tube trailers to a mobile asphalt plant. Nudelbacher earned his bachelor’s degree in finance from the University of Wisconsin-Oshkosh.

Sawall has been working in the renewable fuels industry for the last 12 years, including expertise in biodiesel, ethanol, renewable diesel, and renewable natural gas. Prior to joining U.S. Gain in 2012, Sawall served as the president of Fusion Renewables and grew sales from $3 million in 2010 to $67 million in 2011. He has a background in managing terminal operations and biodiesel distribution in the Midwest. Sawall earned his master’s degree in geological engineering and a bachelor’s degree in geo-environmental engineering from Michigan Tech. 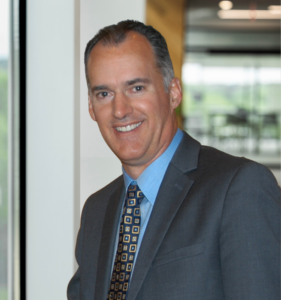